This is the first of a series of posts describing a small riverside village (which once a year becomes a pilgrimage destination) and the surrounding areas. The settlement is split in two parts by a large chasm; this separation is also mirrored in the unusual social stratification of the population. In my setting the village is on the edge of a large forest, climbing on the foot of some wooded hills, in a secluded valley far from any sizable human civilization – the whole valley is very strongly influenced by real world animistic beliefs. (As a sidenote, the village’s name is a reference to the city of Sirtel, from the namesake Slauter Xstroyes song) 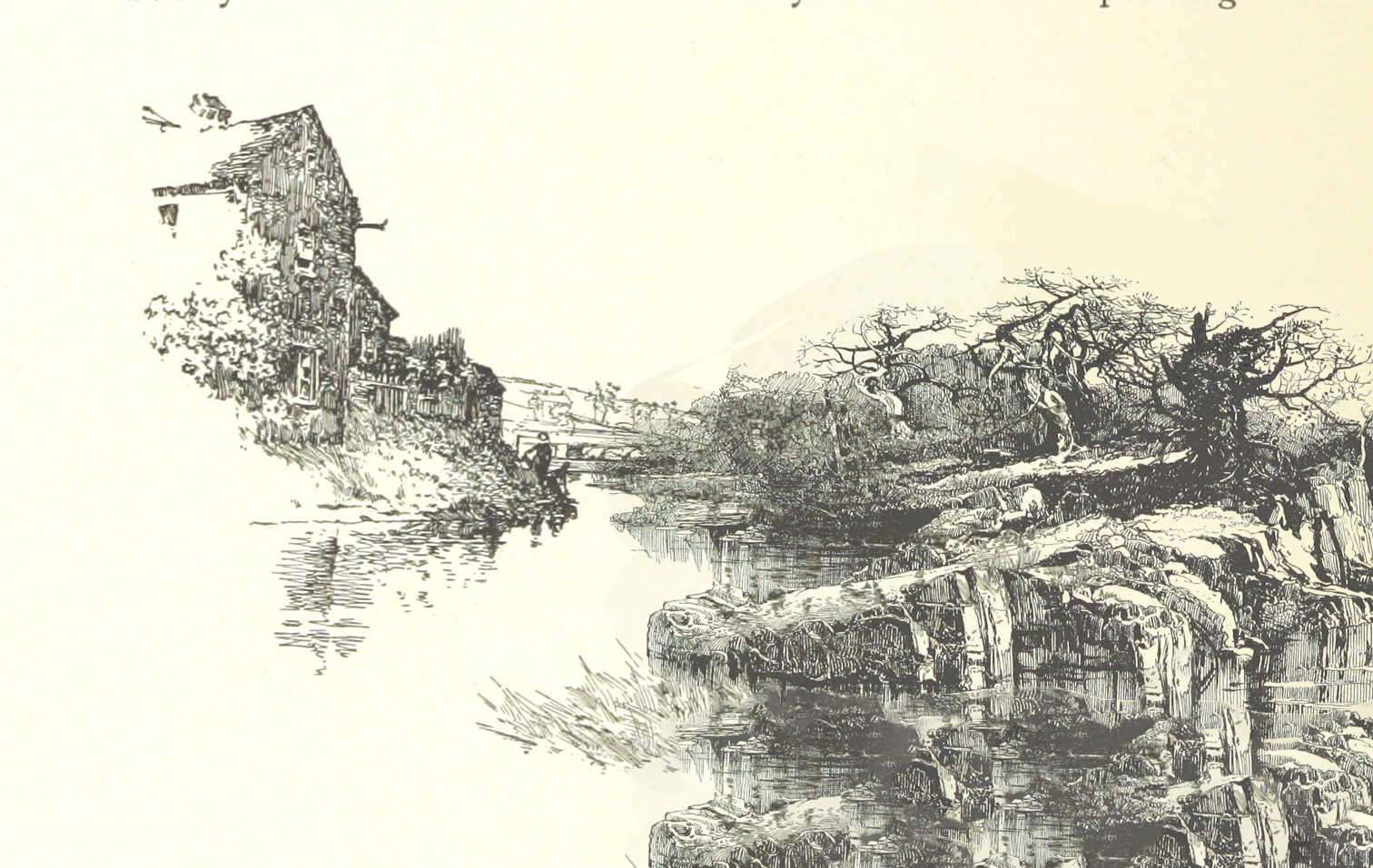 On the north shores of river Dubul, looking west. On the left can be seen one of Banks’ houses.

Facts about the village: 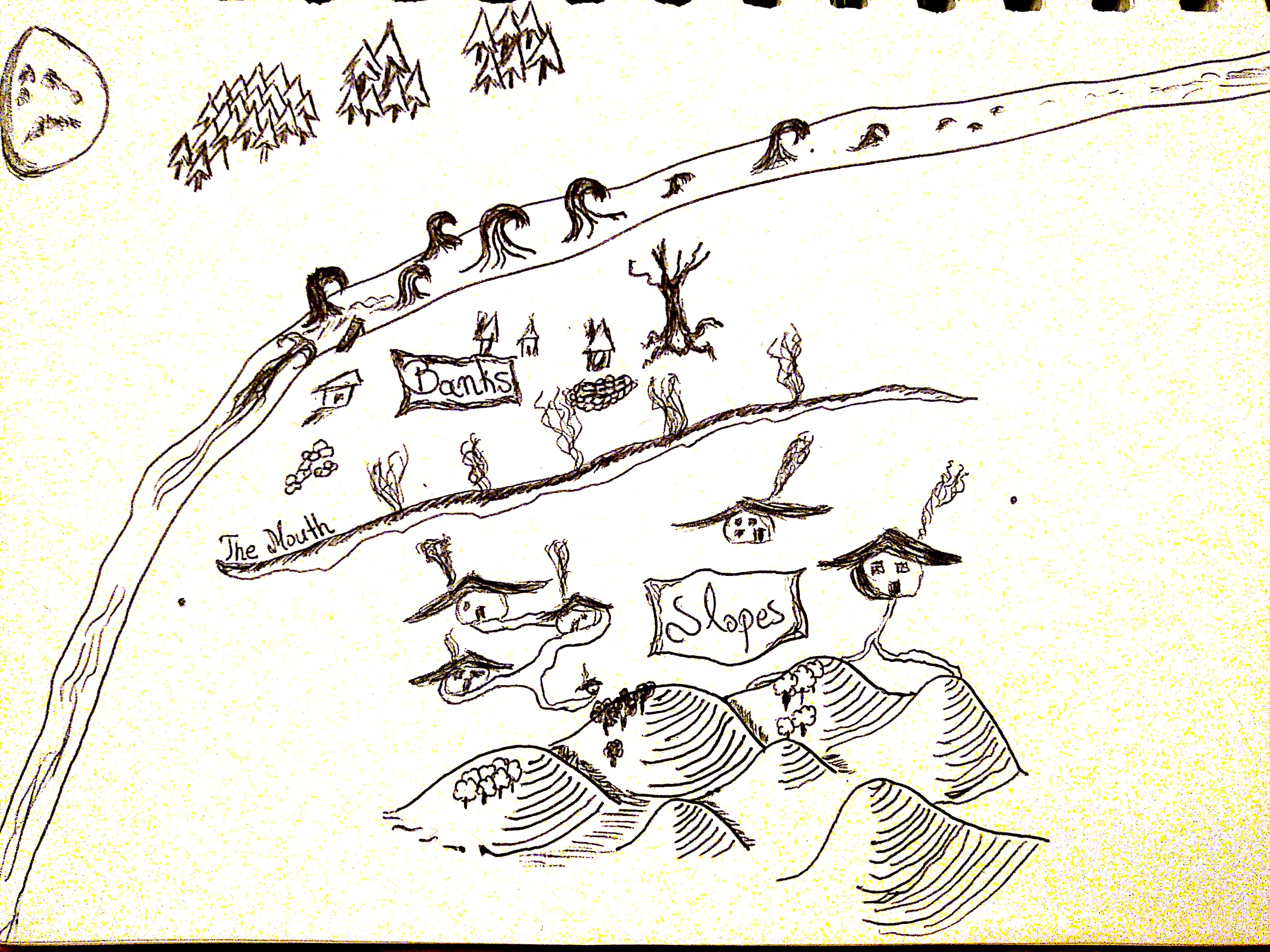 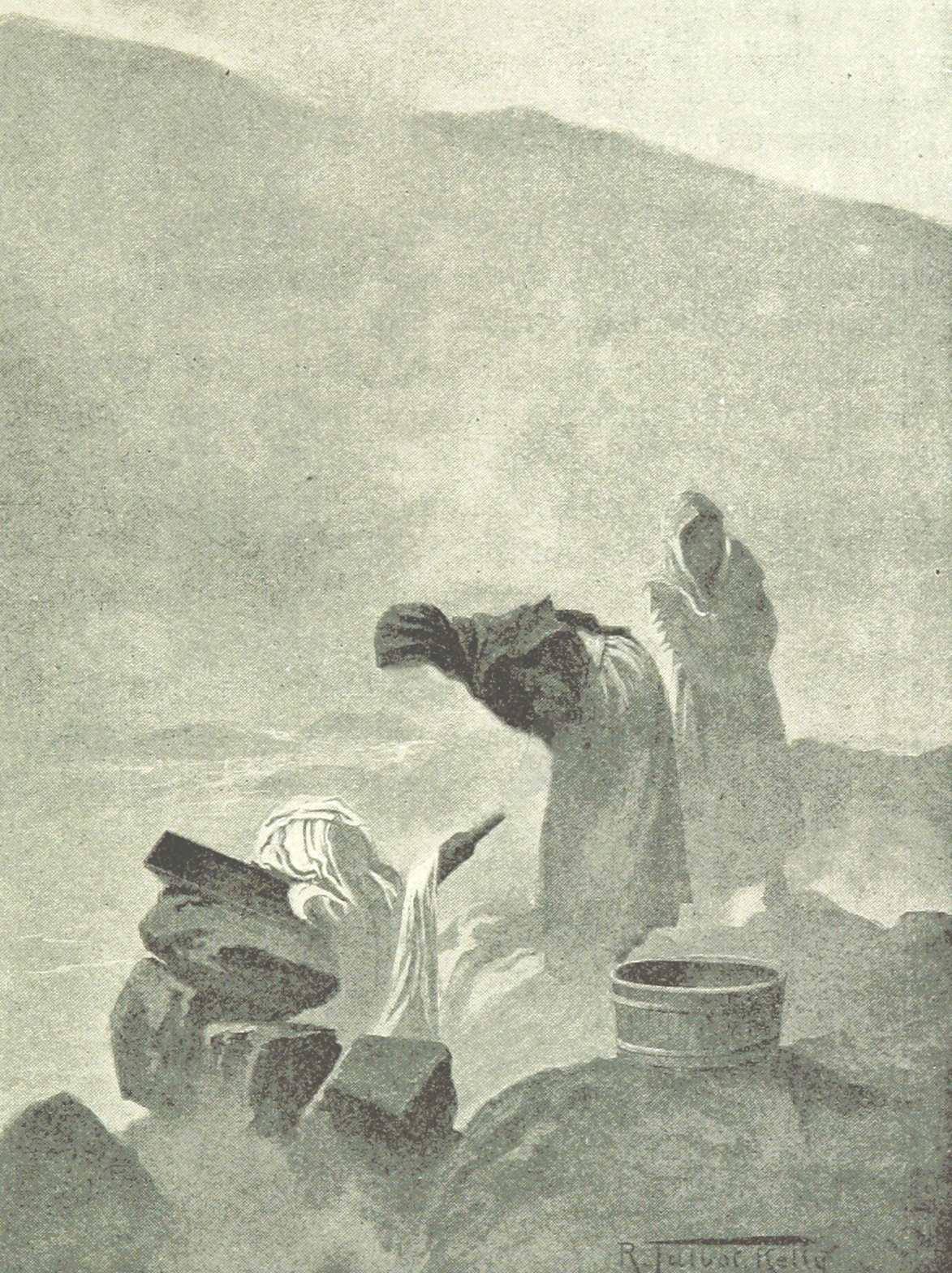 Typical village scene when a hunt is under way

1. A procession of yellow-clothed villagers carry the body of a young man up to the hills, to release it to the winds.

2. Under a horned moon, a trio of naked old women drive a wooden plowshare through the fields to bless the earth.

4. Someone is whipping his shadow, on the wall of a house.

5. Villagers return from the monthly forest hunt, their bounty plentiful, though their eyes are clouded by grief – three of their numbers were claimed by the forest. A feast is joined by both village sides.

6. At night, halflings are seen in their gardens, their feet immersed in the moist earth, eyes star-gazing.

7. Scarecrow-like figures made of garments can be seen throughout the village, both outside and inside the houses. The clothes that form them seem to be in good condition. (Before embarking for the hunt, the villagers leave their normal clothes at their houses. They place them so as they resemble human figures – empty clothes sitting upon chairs, lying on the beds, standing in the garden. They want to trick the animal spirits into believing that they are still at the village.)

1. A halfling woman seeks help – her only daughter has disappeared in the forest, where she had gone the night before last, as it is customary for all Sirtolian girls to spend the night before their 13th birthday at the forest. [If they ask around the PCs will learn that the girl was way taller than any halfling. There are rumors that her parents adopted a human child or a hag spawn.]

2. A woman with newborn twins seeks help – her husband has been burning small animals to their hearth for the past days, and now she’s worried that he will sacrifice the twins to the flames. [He is trying to burn the mortality out of the creatures that he immolates, making them immortal. All this is according to knowledge he gathered from a tower across the river, just an hour deep in the forest.]

3. Vapors emerge from the chasm, thicker than ever. But the ropes of lowering have vanished!

4. The gong of Dubul’s shrine has disappeared and sunset refuses to come.

5. Last week there was a large storytelling gathering at Banks. Since then, two creatures from the story have been rumored to roam the village at night: a leper and a horned snake.