We definitely needed a movie steeped in the ominous folklore tapestry of the countryside, which would not resort to cheap tricks like jump scares and bucketloads of gore, tricks completely hostile to the fragile atmosphere of the suggestive horror genre. Aside from the recent Ben Wheatley’s “A Field In In England” (which however moves towards a more psychedelic and alternate consciousness direction) one must go back in time to find decent horror folklore movies. The din created around “The Witch” since last year, way before its official release, after several blazing reviews and the claim of American Sundance Festival’s director award, made it a film to definitely be looking forward to. And it seems that it almost flawlessly lives up to our expectations.

This piece of art focuses on an American settler puritan family, coming from England to the New World (17th century), which family is ostracized from its village community due to vague religious reasons, and ends up creating a little isolated farm, far from any civilization, at the edge of a great forest which is a taboo (in the purely anthropological meaning of the word) space for the family. The movie’s “actual present” time kicks off with the (literal) disappearance of the family’s youngest member, a newborn boy. From thereon the family plunges spirally towards distress and despair, due to a stream of unnatural haplessness. The pathogenic causes of this unfortunate situation are unclear – the boundary between puritan madness and supernatural cause is extremely nebulous, up to (and maybe even beyond for some viewers) the amazing finale. The story could be described on a first level as the depiction of a futile family effort to keep itself (as a solid organization) together, always breaking apart at the seams, always grasping at straws, in the face of the relentless attack of unnatural hardships, ending up in the tearing of the family web in favour of the religion one; the latter permeated throughout by feelings of suspicion towards each family member – only death can prove one’s innocence. 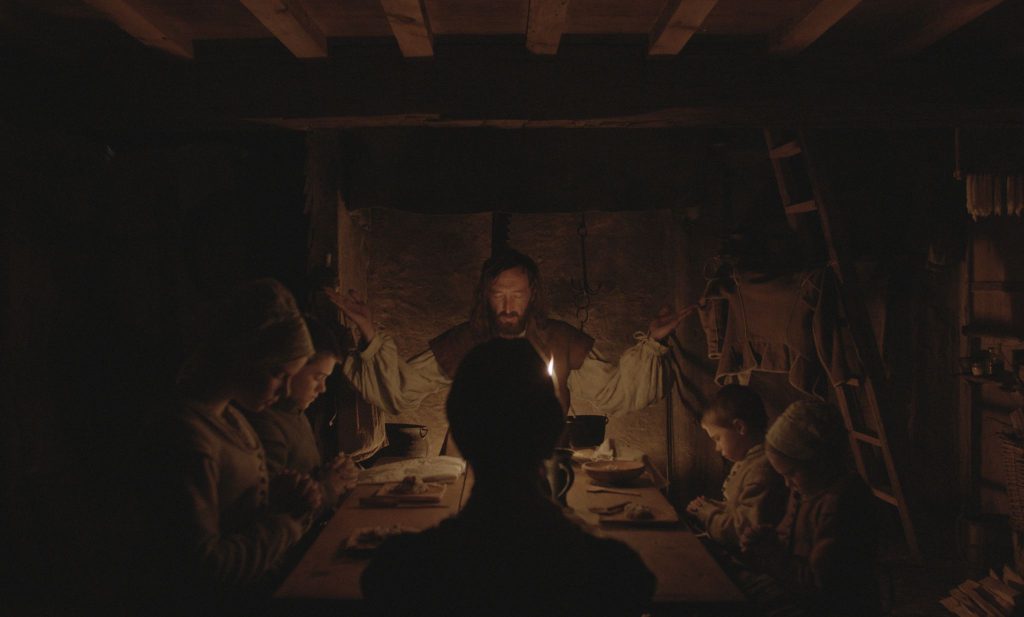 As far as supernatural is concerned, it draws with delight from terrors lurking within both folklore (mostly European) and deeply religious societies, two things intertwined. Its corresponding edges are the (quite fluid visually) forest witch and Black Phillip, a pitch black goat with which the family’s younger children (claim to) speak. There are dexterous fingertips moving inside the movie’s cauldron, stirring masterfully the different elements coming from the two aforementioned horror wellsprings, in order to create a landscape of suggestive gloom, totally effective in its depth. An example is of course the poisoned apple coming out of the young sick boy’s mouth (the young Harvey Scrimshaw’s amazing acting must be noted) during his “exorcism,” showcasing the marriage of religious and folklore darkness. 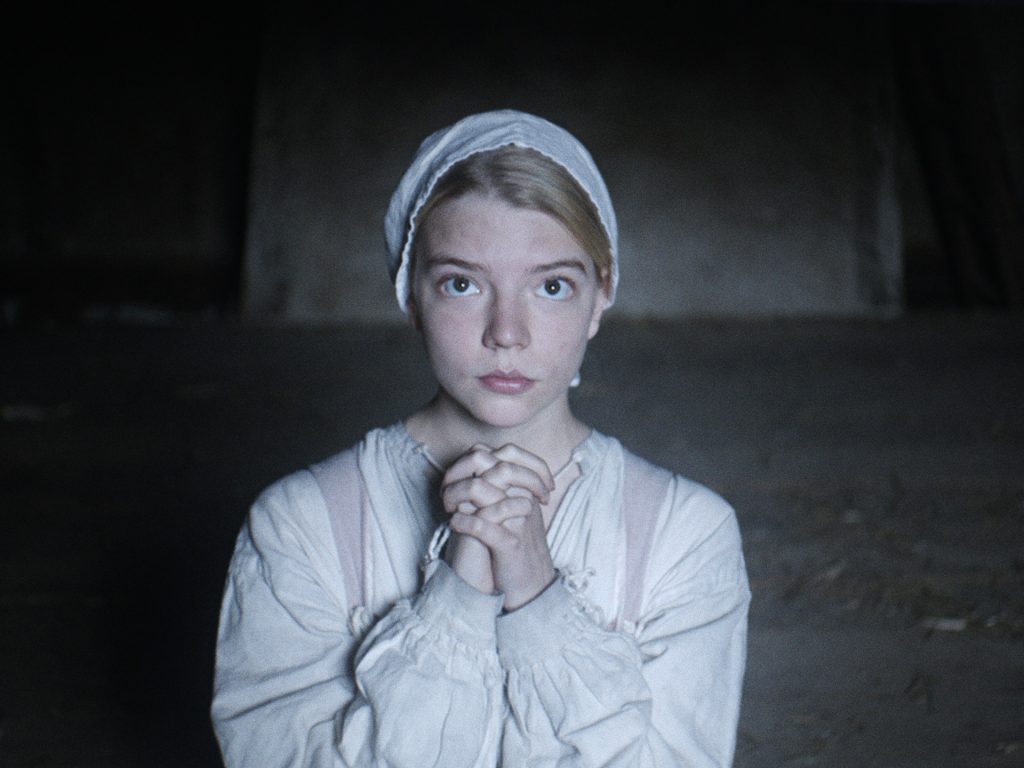 At the center of the whole edifice lies Thomasin (portrayed flawlessly by Anya Taylor-Joy), the adolescent daughter, which acts simultaneously as scapegoat and as a mirage of ghostly hope for the family; the wavering between her role as receiver or transmitter of hardships is analogous to her passage from childhood to adulthood.

An interesting element of the movie is the evolution-wise reversed cultural course of the family through time: from developed England to the newly founded small communities of the New World, and then onwards to the cultural isolation of the forest. The mother breaks down at one point and passionately longs for civilized England. At which point becomes evident the conflict between the pioneer spirit of the settle and explorer, and the bonds of nostalgia and the familiar, those of civilization itself. Even the placement of the farm at the edge of the great forbidden forest is indicative of this conflict. If one thing lies at the core of the film for me, it is not so much the exposure of the madness residing in religion (a view that circulates a lot in internet reviews), but rather boundaries. This is a movie dealing with borderlines: between civilization and Nature, between known and alien, between childhood and adulthood, between religion’s strict discipline and the (just apparent?) freedom of the battle against it. Even with the borderline between skepticists and open-minded persons, and how each will interpret what they watched. 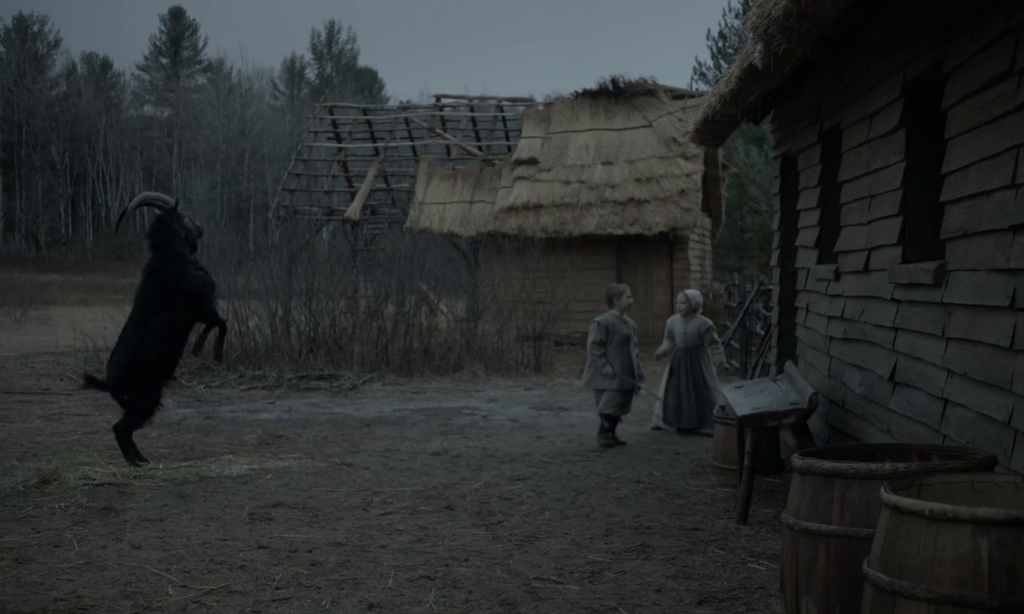 Inside the film’s body there exist small cysts of deeply disturbing content: the intrusion of evil in the farm through the path laid open by childish innocence, the shadow of suspicion of incest, the insanity that lurks within the rabid nightly cutting of wood by the father. Yet here also lie clots of pure archetypes, images that vibrate within the unconscious mind: the raven that feeds upon the mother’s bared breast, the procession through the forest that (should always) end at the witch’s hut, the aforementioned poisoned apple springing from the cursed throat. Robert Eggers seems to know how to draw inspiration from the most effective, horror- and atmosphere-wise well: the eternal tradition. 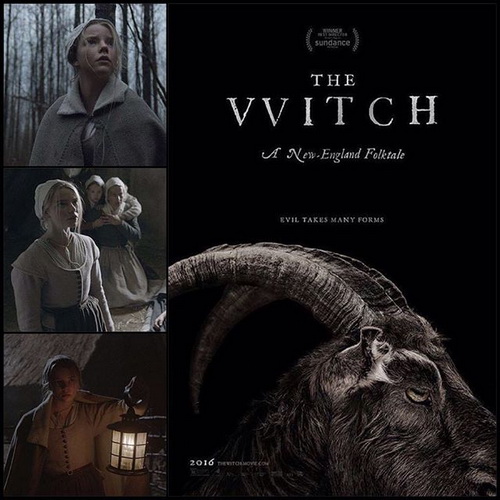 One of “The Witch’s” top features is the masterful shifting of the nature of magical attributes and powers, from their apparently mental and made up origin to their totally evident and quite tangible effects. What starts as a mental role adoption from Thomasin ends up coming to life. Here lies magic in a pure, distilled form: the Word’s power of creation, the creation of the thoughtform, which escapes consciousness’s control and realizes the inner and higher self’s will. The film seems to reminds us: – be mindful of thy speech.

Despite some little problems flux-wise (the movie seems to drops speed too much sometimes) and a sense of not fully-realized climax (for some), “The Witch” is a film of delightfully disturbing content, an ode to folklore countryside horror, the movie equivalent of a candle in the middle of darkness, whose flame is under constant attack by gusts of air created from unseen wings. Sporting seignioral photography, powerful touches of the grotesque, a perpetual gloominess and gray weather of the darkest mood, and an end that is amazing (at least for some of us), “The Witch” entwines each viewer’s fears in a sinister knot, similar to the one that is found by the cursed man at his threshold.