Of hearth infants; an elven origin

For a number of nights after giving birth to Achilles, Thetis kept passing him through the hearth flames so as to burn away his mortality. Unfortunately, she was unable to complete her work, because of her husband, Peleus, who stumbled upon the (gruesome to his eyes) scene one night; thinking that his wife was trying to incinerate their son, he interrupted her. Thus Achilles was left an (undoubtedly mighty) half-mortal, with a glorious albeit short lifespan.

When the goddess Demeter roamed the earth in mourning for her daughter’s (Persephone) abduction, she visited the palace of Celeus, king of Eleusis, in the guise of an old crone. He welcomed her and asked her to nurse his newborn son Demophon. Wanting to reward the king for his hospitality, Demeter passed the infant through the hearth flames each night, in order to burn away his mortality and turn him into a god. Alas, as in the case of Achilles, one of the boy’s parents (the mother this time) chanced upon the night scene and interrupted the ritual. To make things worse, in this case the infant wasn’t powerful enough to survive the ritual’s interruption.

The idea that mortality can be burnt away in the hearth flames is a memorable one and has long fascinated me. Stumbling once more recently upon the Demeter myth in Martin Persson Nilsson’s Greek Folk Religion, I thought about how this removal of mortality can be distilled and transmuted in game terms. What I ended up with is a rough take on elves and half-elves; how these races come into being and what sets them apart from humanity.

Infants that are passed through the flames of the hearth by their otherworldly wet-nurses or mothers for a number of nights (3 or 7 or what reasonable magic number suits you) become elves – this is how elves come into being. If the process is interrupted and the infant survives (5% chance), it becomes a half-elf.

Concerning the process itself: 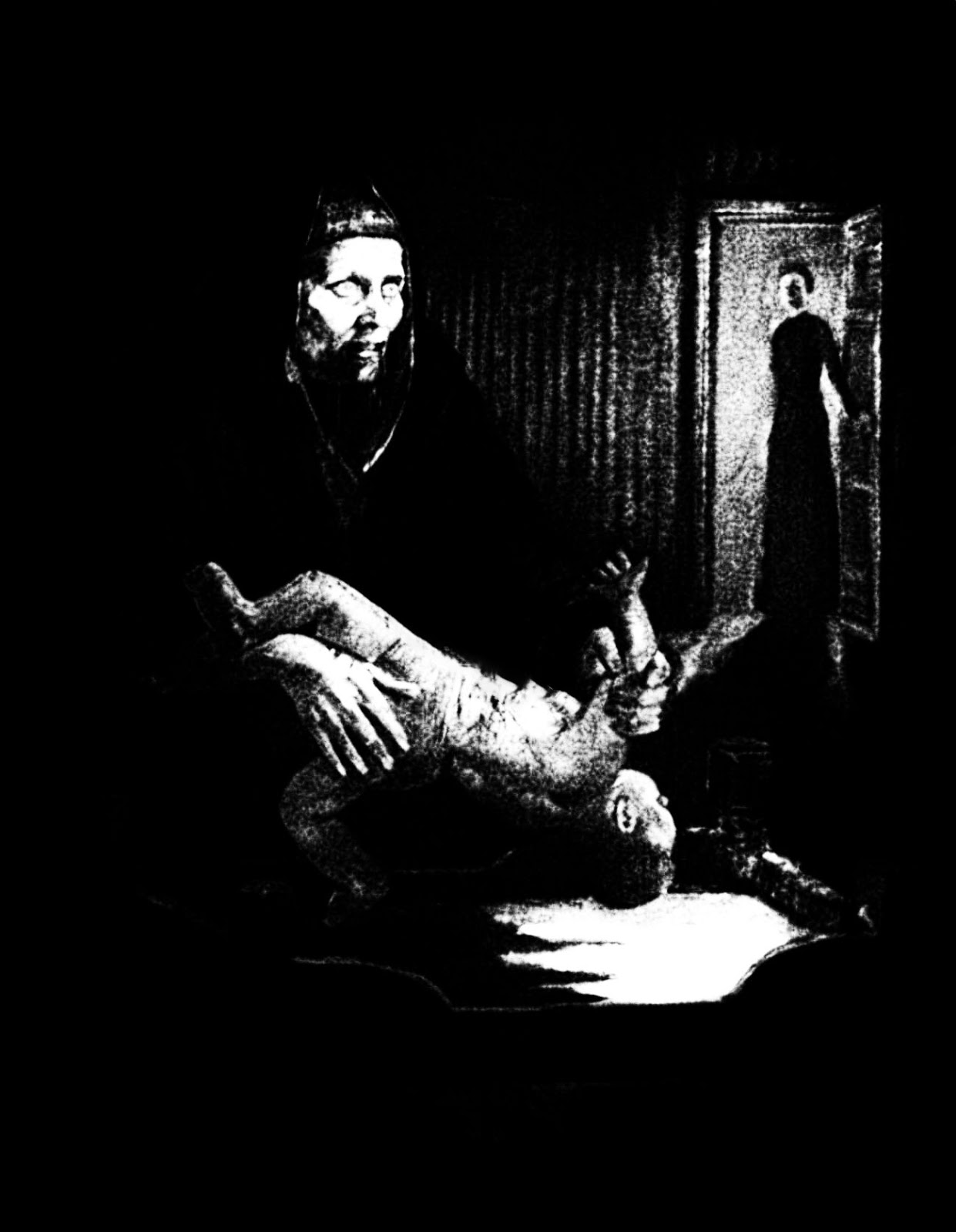 There are people that consider their child’s immortality a great gift that overshadows its being raised far away from them. As a result, they try to attract elven midwifes and caretakers; a task rarely successful, for elves work in mysterious ways. Of course, there are creatures (wizards, hags, shades, pregnant ghosts, intelligent cuckoos, the new moon) that try to take advantage of the situation, passing themselves as elves in order to snatch the baby.

How to attract an elven midwife (aka adventure seeds):

1. Burn the last corn of the year in the hearth at midnight, and douse it with snow from the highest mountains (above the permanent snow line).

2. Carve the baby’s true name on an eagle shoulder bone and hang it above the threshold.

3. Recite a prayer in front of a mirror that has seen a basilisk or medusa.

4. Leave a plate of wooden/earthen fruits (found in dense forests and deep underground respectively) on the windowsill.

5. Fill a gown with twigs stepped upon by criminals on their way to the gallows.

6. Count the grains of sand in a blessed hourglass and plant each, separately, in the garden.

Most parents, however, tremble with the idea of their child being taken and raised apart from them. That is why they are extremely suspicious with autumn and winter visitors, and snuff out the hearth fire at least once per week.

Half-elves: They grow among humans but they usually feel slightly out of touch with them. Half-elves have the potential of living longer than humans, though they usually die young and tragically: they all have a mortal weakness; their mode of death, or a condition pertaining to it, is always foretold in prophecy. [see table] If they are doing a deed that requires prolonged activity and is heroic in conception, then not only are they not tired or need sustenance, but they show superhuman resilience and skill; the deed must be something that verges on the heroic in spirit (run for a whole night in order to save someone, stand guard at a passage fighting off enemies, etc). Half-elven children do not have a proper elven mien (see below, in the elven section), though distant echoes of it may appear as a flickering flame in the eye pupils or whispers in an unknown language. They are mightier than both humans and elves, akin to mythological heroes.

1. Will die by a wound in a specific body part (heel, ear, left palm, tip of the finger, etc).

2. Will live until a particular piece of firewood burns completely (usually, this log is kept in a safe place by the half-elf and/or its family).

4. A river will not tolerate the half-elf’s bloodlust and rise up to drown it.

5. A traveler both known and unknown, relative and lover, foe and friend, will be the bane.

6. Will die when forced to speak its true name in complete silence.

Elves: They are the stuff of legend, immortal otherworldly beings. They know the way to Elfland. They may eat and drink, though they need not to. They cannot be truly killed. However, they can be defeated at which point they are banished (their body gone, leaving behind ashes and clothes/equipment); their return to the world may take hours or years, as they nurse their wounds in the Elfland (where time is a mysterious thing, having nothing of the inevitability and single-mindedness of our world’s time).

In almost all of cases, elf babies are taken by their mother or nurse to the otherworld/elven place. This is because their grandeur may literally kill mortals; having no control over their glamour, even their sole presence may immolate a mortal gazing upon them. In game terms, elven children may (especially when angry or blissful) manifest a flaming mien accompanied by unnatural sounds that causes fire and divine damage to all nearby mortals. Elven adults have managed to control the mien, but as a result it has been rendered dormant; the power is at odds with any sort of control.

Both races have a special relationship with hearth fire: Elves are invulnerable to it, while half-elves are resistant (other kinds of fire may damage both races normally). Both races can make people take vows upon the hearth, which vows become binding. Elves can manipulate the flame in subtle ways, creating shadows, lessening or heightening its light. They can draw sustenance (eliminating their need for rest) and power (empowering their magic) from it, though they must serve the people of the hearth for a time if they do so. 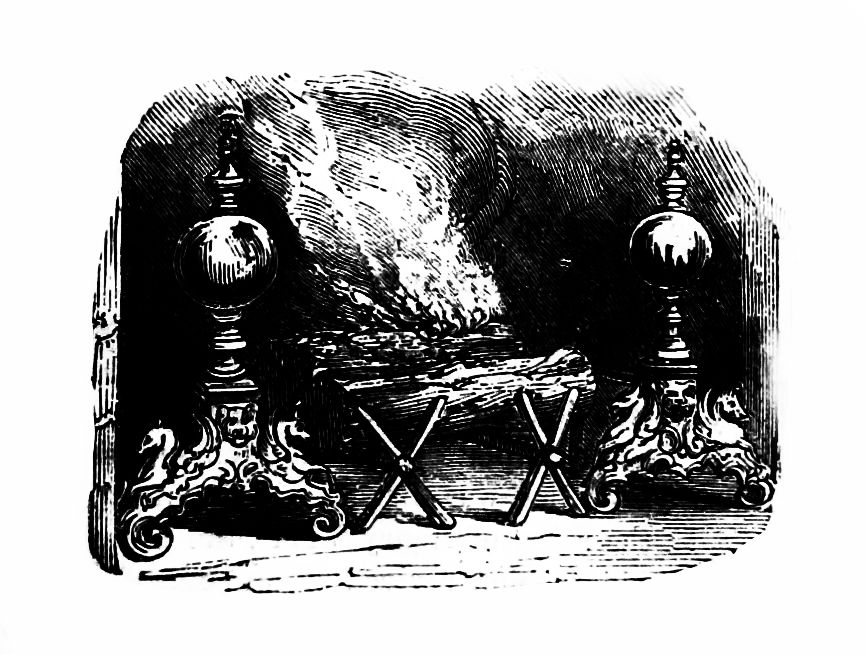 Mortality is a fleeting, immaterial thing which, surprisingly, leaves material ashes after each ritual night. These ashes are treasured. They can be made into potions that accelerate or delay old age. If scattered in a field anything that grows in it has blood inside. If used as fertilizer for mandrakes, the plants will initiate a cult or coven.

Previous: Velkeres - Lords of the Frigid Breath
Next: Neraines – Yggdrasil (The Satan Records, 2019)
Share on Facebook
Industries of Inferno, 2022    About    RSS