Valerie is my first contact with Colin Insole, a name that I kept seeing in the weird fiction circles during the past months. Most of his stories have been published in very limited editions, and as a result Valerie is his only easily obtainable book (thank Snuggly books for that). After my first complete read-through (there are definitely more coming) I can say that the hype is totally well-deserved.

Insole’s is a rich, evocative prose, fixed on eroding the borders between imagination and reality, between the self and the world, revealing an almost animistic worldview. The writer does this by keeping a close watch on the way the world is revealed to his heroes, while also putting the landscape on the foreground. Indeed, in many of the stories, the vivid, multifaceted and utterly awe-inspiring landscape is the main protagonist.

The settings are usually liminal places, on the edge of civilization and historical events (interwar Europe is prevalent), mirroring the characters’ dissatisfaction with the forms and bonds of society; here lie dreamers and exiles, outsiders in more than one meaning of the word.

Beware that Insole’s language is lush and like any exquisite beverage needs to be taken in small doses - an overabundance leads to drowning in images and words. An example of his prose, from the Hill of Cinders:

“Every step was an act of rebellion, of unpardonable treason, and several times he nearly turned back. But the hill glowed under a full moon; a dark cauldron enticing him on. Occasionally, a light from the summer meteor shower fizzed and danced before its vapours were extinguished. In the stillness, he sometimes heard the slight hiss of its brief descent. And he pictured the fall of Lucifer, the bright angel, plummeting through the skies; his wings scorched black by fire, wind and retribution.”

Do take into account that Valerie is a collection of previously published stories (only the namesake is a new story). As an obvious result the book’s main focus is not on cohesiveness but on giving the reader a good indication of Insole’s breadth of style. 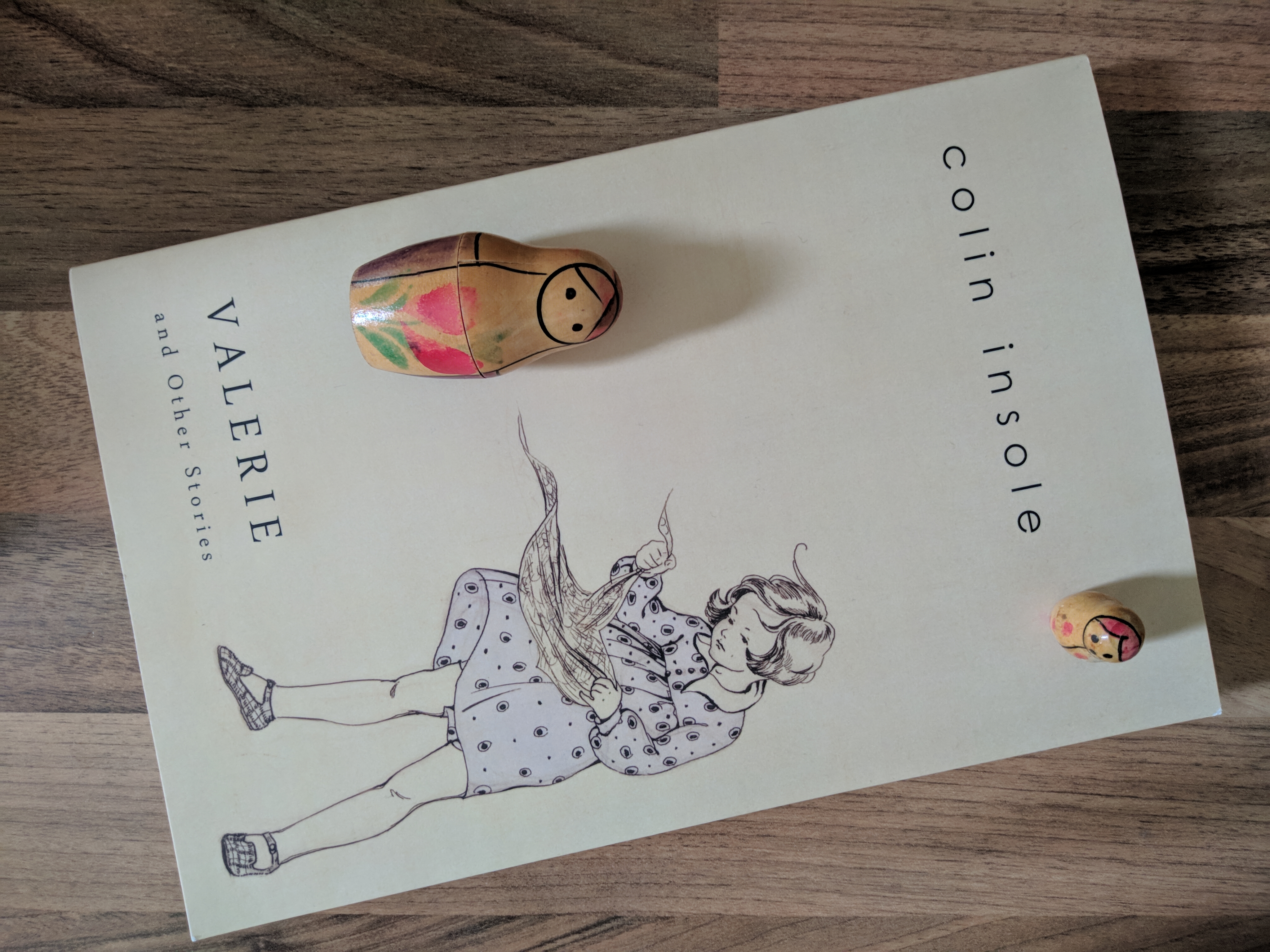 As for the individual stories:

The Hill of Cinders: Concerning a man’s return to the school of his childhood (bringing to mind Algernon Blackwood’s A Secret Worship) and the way evil seeps through the landscape and the psyche of (modern?) man. Simply amazing celestial imagery. 5/5

The Binding: Concerning a family curse and the Good People, the demands and expectations of society. Pacts, illusions and otherworldly beauty. A folk horror masterpiece. 5/5

The Slaves of Paradise: About two lovers in the French resistance and the tragic whimsiness of fate/chance(you can take your pick). This seemed to me somewhat lost in its revery prose, becoming unnecessary hazy in texture, viscous to traverse. 2/5

Dance for a Winter Moon: Of a Balkan winter night, uncanny local customs and the interplay between two kinds of outsiders. An amazing story that glides through an enchanting landscape’s natural, folkloric and societal aspects. My favorite moment of the book. 5/5

A Blue Dish of Figs: Of a strange, uncanny girl and her school-teacher, of normality’s bonds and the hidden power of the wondrous. This is a hommage to Machen’s White People (written for a Machen tribute collection) and it does show - in parts it does stray a bit too close to the original. It also makes some forays into the Dunsanian/Dreamlands sphere which are not entirely in sync with the rest of the material. It could be tighter, but still it’s very enjoyable and graced with a highly satisfactory ending. 3/5

Salammbô and the Zaïmph of Tanit: A young doctor’s obsessions in disease-ridden Victorian Paris; a glorious intertwining of past and present, as myth intrudes upon reality. Written as a tribute to Huysmans and full of truly gorgeous, carnal and sensual prose, this is enchanting literature. 5/5

Dreams from the Apple Orchard: A fable-like little story set in inter-war rural Yugoslavia, in which a girl discovers a dark local secret. Ancient myth and family history blend into the landscape as human and non-human persons take on a multitude of aspects. 5/5

Valerie: Of the seven months that the young protagonist spends with Valerie, a foster child; in which different layers of the unnamed city are revealed to the two girls. A bit protracted in places, Valerie is not perfect; however, it is highly atmospheric and enchanting, with some amazing insight into the different lenses through which we view the world - also, the idea of the back paths that run parallel to the normal town is mesmerizing. 3/5

The Abdication of the Serpent: A majestic temple and the priestly life surrounding it, full of intrigues and passions - both human and divine. An awe-inspiring (awe in the divine sense) fantasy story reminiscent of the pulp era’s more elegant fruits (Clark Ashton Smith came into mind) that doubles over as murder mystery. A bit lengthy in certain moments, it nevertheless slithers magnificently. 4/5

Get the book here. 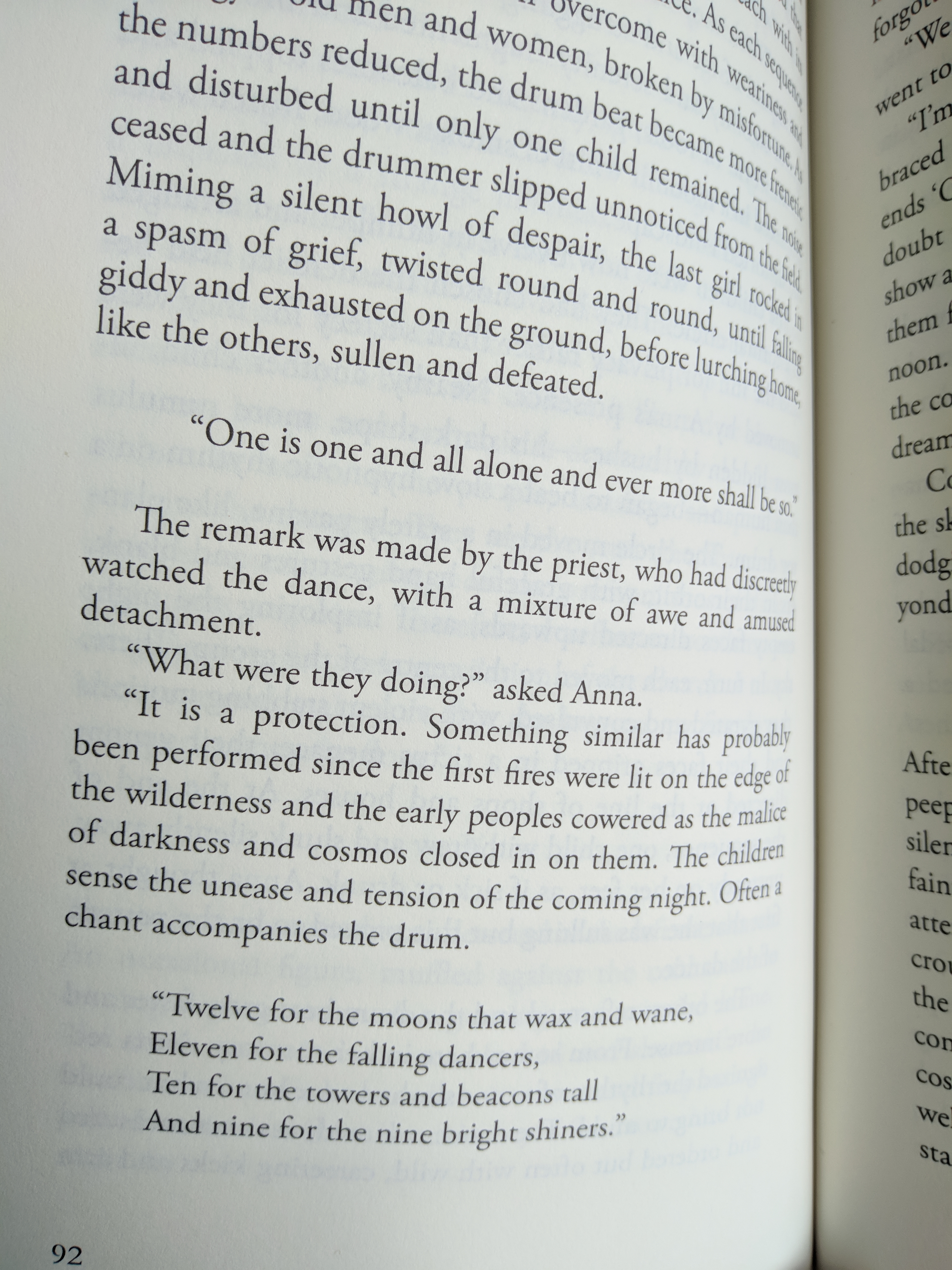